Deprecated: Methods with the same name as their class will not be constructors in a future version of PHP; plgSystemCSSConfig has a deprecated constructor in /home/renshaw/public_html/luxurywellnesstravel/plugins/system/cssconfig/cssconfig.php on line 29
 Greenland with Quark Expeditions - Luxury Wellness Travel 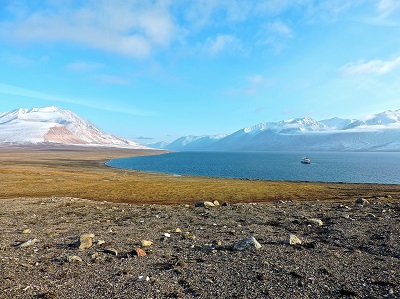 In September of 2013 I was flying back from London to Vancouver. It was a clear day and I was able to see out of the window to the vistas below for the majority of the flight. As I peered out the window I noticed the amazing, never ending glaciers of Greenland. I looked out in wonder and thought, “who goes there? Can anyone travel there?”

Fast forward to September of 2014 and I am traveling to where?….. Greenland!!! I was traveling with the leaders in Polar Expeditions, Quark Expeditions. I boarded the 100 passenger vessel in Akureyri, Iceland and we were off for a trip along the East Coast of Greenland. Traveling with Quark was lovely experience as I was in company so many well-travelled people. The ship was full of doctors, scientists, and modern life explorers who came from countries all over the world. Since most of the guests had travelled to Antarctica before and had experienced the Drake Passage, the one day sailing to reach the fjords in Greenland was nothing for them, however, I felt better lying in my bed for the crossing of the Denmark Strait. Once we got into the fjords though I had no problem with the sea as the water was calm. 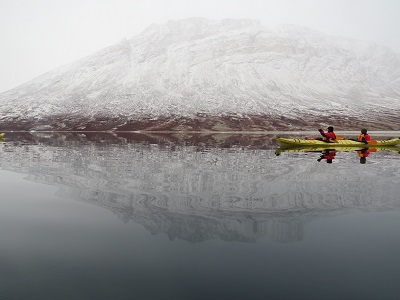 The expedition staff on Quark really made the trip. They were well educated, very experienced and were able to think on their feet and problem solve if an obstacle popped up. We would make zodiac landings twice a day at different spots along the coast so we reached locations that even some of the guides hadn’t been to before. We went as north at 77 N Latitude and in late September Winter was already coming. One day even got as cold as -20 degrees C.

As many of you know I love visceral experiences (an experience that is not rationally explained that is so powerful it is impossible to be anywhere but in that moment) and Quark offers a polar plunge on every one of their expeditions so an arctic polar plunge was on the to do list. Sometimes the plunge is off the back of the ship but this time we dove into the frigid cold waters of Scorsbysund from the beach of one of our landings. To give you an idea of how cold the temperatures were, sea ice was at its initial formation stages. 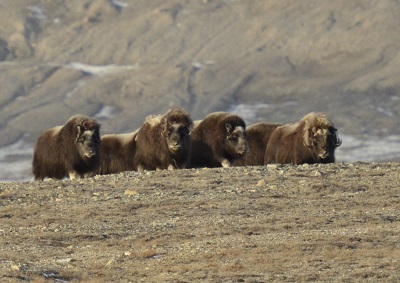 On our zodiac landings we would go exploring. There was always a “chargers”, a medium and a contemplative hiking group. I would go on the charging hikes as I wanted to explore as much of this remote land as possible. The polar bears were near as we stumbled upon a few of their tracks in a few different locations but these white ghosts didn’t want to be seen. But the true highlights that we came across on our walks were musk oxen (both dead and alive), arctic hare and arctic fox. To watch the musk oxen bash heads, run on the arctic tundra and be up to their belly in snow was a truly wild experience and remarkably humbling.

Greenland is now more mainstream and becoming a destination for tourists. It has even been featured in pop culture movies such as “The Secret Life of Walter Mitty”. Although not for the faint of heart, Greenland can be an eye opening experience. It takes travellers out of their everyday routine and brings simplicity back into life… if you allow the magic to get past all those layers of clothing and into your heart.