Deprecated: Methods with the same name as their class will not be constructors in a future version of PHP; plgSystemCSSConfig has a deprecated constructor in /home/renshaw/public_html/luxurywellnesstravel/plugins/system/cssconfig/cssconfig.php on line 29
 The Blue Lagoon: Balneotherapy in Iceland - Luxury Wellness Travel

The Blue Lagoon: Balneotherapy in Iceland

The geothermal water of the Blue Lagoon orignates 2,000 metres below the surface where freshwater and seawater combine at extreme temperatures. It is then harnessed via drilling holes at a nearby geothermal power plant, Svartsengi, to create electricity and hot water for nearby communities. The Blue Lagoon was originally an accidental by-product of this process. 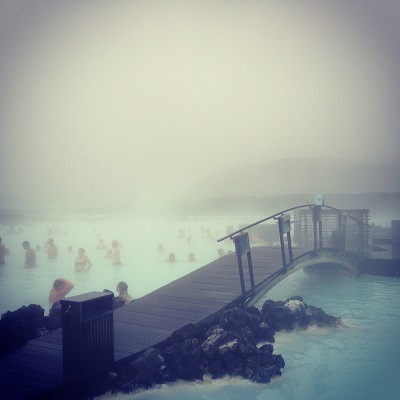 The Blue Lagoon was once just a pool that formed from the waste water of Svartsengi. In 1981 people started bathing in the waters as they realized its healing powers for treating skin conditions like Psoriasis. Then in 1992, The Blue Lagoon Company was built and opened a public bathing facility.

The waters of the Blue Lagoon are deemed with healing qualities. On its way to the surface, the water picks up silica and minerals, before emerging at a soothing 38 degree Celsius. Perfect for a relaxing and re-energising bathe. The act of bathing in water for its healing qualities in order to treat disease is known as Balneotherapy. This type of therapy is used to treat arthritis, skin conditions and fibromyalgia.

The lagoon replenishes itself with new water every 40 hours and the water is self cleaning so no need to worry about the cleanliness of the lagoon. It is also mandatory to shower off before entering the lagoon. As well ladies, you will want to put your hair up with conditioner left in it and avoid dunking your hair in the water as the minerals can make it dry and brittle for days afterwards.

The geothermal water has a unique composition featuring three active ingredients - Silica, Algae and Minerals. The blue colour comes from the silica and the way it reflects sunlight. During summer there can also be a hint of green in the water. This is the results of the algae which multiplies quickly when exposed to direct sunlight. However, the water is actually white. The sun simply makes it look blue!

If you are coming from the airport on a flight from North America you most likely didn’t sleep onboard and have arrived into Iceland around 6am. Your hotel isn’t going to be ready until 2pm so take the time to visit the lagoon. My recommendation for avoiding jet lag which worked wonders for me was a facial with neck/shoulder massage. I left the lagoon so relaxed, fell asleep early my first night and woke up refreshed and ready to take on the wonders of Iceland.